Here to Serve, News and Events

CACGA is excited to announce its keynote speaker for its 9th Annual “One Team” Conference: The MDT Response to Child Abuse & Neglect, in Macon, Georgia, on Wednesday, November 4, 2015. 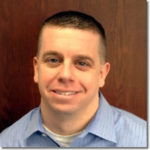 Kevin Mulcahy is a survivor of child sexual abuse.  He works as an Assistant U.S. Attorney in Detroit, Michigan and serves as Chief of the General Crimes Unit.  As Chief, he oversees the Project Safe Childhood program, as well as supervising gun, drug, and other federal prosecutions.  For his own caseload, Kevin focuses on child exploitation crimes, including production of child pornography cases, traveler cases, and other significant PSC prosecutions.

Kevin has been a prosecutor for 13 1/2 years, all on the federal level, with the first 3 1/2 years as an AUSA in San Diego, and the rest in Detroit. Kevin obtained his undergraduate degree in Statistics and American Culture from the University of Michigan and his JD from Santa Clara School of Law.  He has 3 kids, 2 cats, 1 dog, and a very nice wife.

The Keynote presentation will recount Kevin’s own story of sexual exploitation at the hands of his soccer coach, Randy.  But, it will not be merely a retelling of the past.  Instead, the presentation will address lessons learned from his case by combining Kevin’s experience both as a victim and a long-time prosecutor of child exploitation cases.  Knowing what he knows now, Kevin believes there are lessons to be learned from his story for the investigator (Kevin’s was great), the prosecutor (Kevin’s was terrible), and the forensic interviewer (Kevin did not have one).  Beyond these (hopefully) useful lessons, the presentation will provide plenty of time for questions from attendees.  Given the nature of our work, we don’t often get to ask questions (beyond factual questions) of our child victims.